by missalmie
with no comment
van life
[Friday] We ended up leaving my mom’s house way later than we wanted putting us behind schedule a bit. Original plan was to take 101 all the way up but LA traffic was horrible so we rerouted to the 805 which we stayed on till Salinas. We found our Walmart and was prepared to call it a night. Those plans changed pretty quickly. Here’s the thing about van living. Once you start living out of one, you notice all the other folks who are doing the same.

We saw several rvs and vans parked despite all the signs saying no overnight parking. That was the first red flag for me. We circled the lot a bit (Terence was driving) looking for a well lit spot…but I just had that feeling. You know…the feeling that something shitty would happen if we stayed. Terence sensed my hesitation so we left. I took over the driving which lasted a couple hours, I was so tired! Pulled over at a dairy farm and if you never been to one, don’t go unless you are prepared to smell shit. Like lots of it.

I took a much needed nap and woke up in Red Bluff. We found a Planet Fitness – we stopped in to brush our teeth, use the bathroom, etc…but I didn’t want to camp out there so we found a Walmart (gasp!) but it turned out to be much quieter and not a crackhead in sight. Turned the heater on, pulled down the night shades and we were in bed and fast asleep!

[Saturday] 6am. Seems to be the normal time for us to wake up without the alarm. Terence wanted a shower so we skipped going into Walmart for our usual routine and headed to Planet Fitness. It felt really good to get a run and strength workout in!

After breakfast and coffee…we were back on the road. Destination goal: Coos Bay.

The drive on the 101 was absolutely beautiful! We made several stops along the way…Redwood Forrest Museum, Vista Points along 101, and Gold Beach. More diving…with about an hour or so left to Coos Bay I had Terence take over the driving. I was pretty tired and we made it a rule to let the other one know the minute we start feeling that way, it is our home after all!

We made it to Coos Bay and found a cute little place for dinner and drinks. It was nice to have a sit down dinner outside of the van. Luckily we found street parking close by!

For those interest in what we had for dinner: dungeness crab cakes, clam chowder and halibut and chips @ Sharkbite Cafe and Seafood. I forgot to take pictures of our food but I did take this: 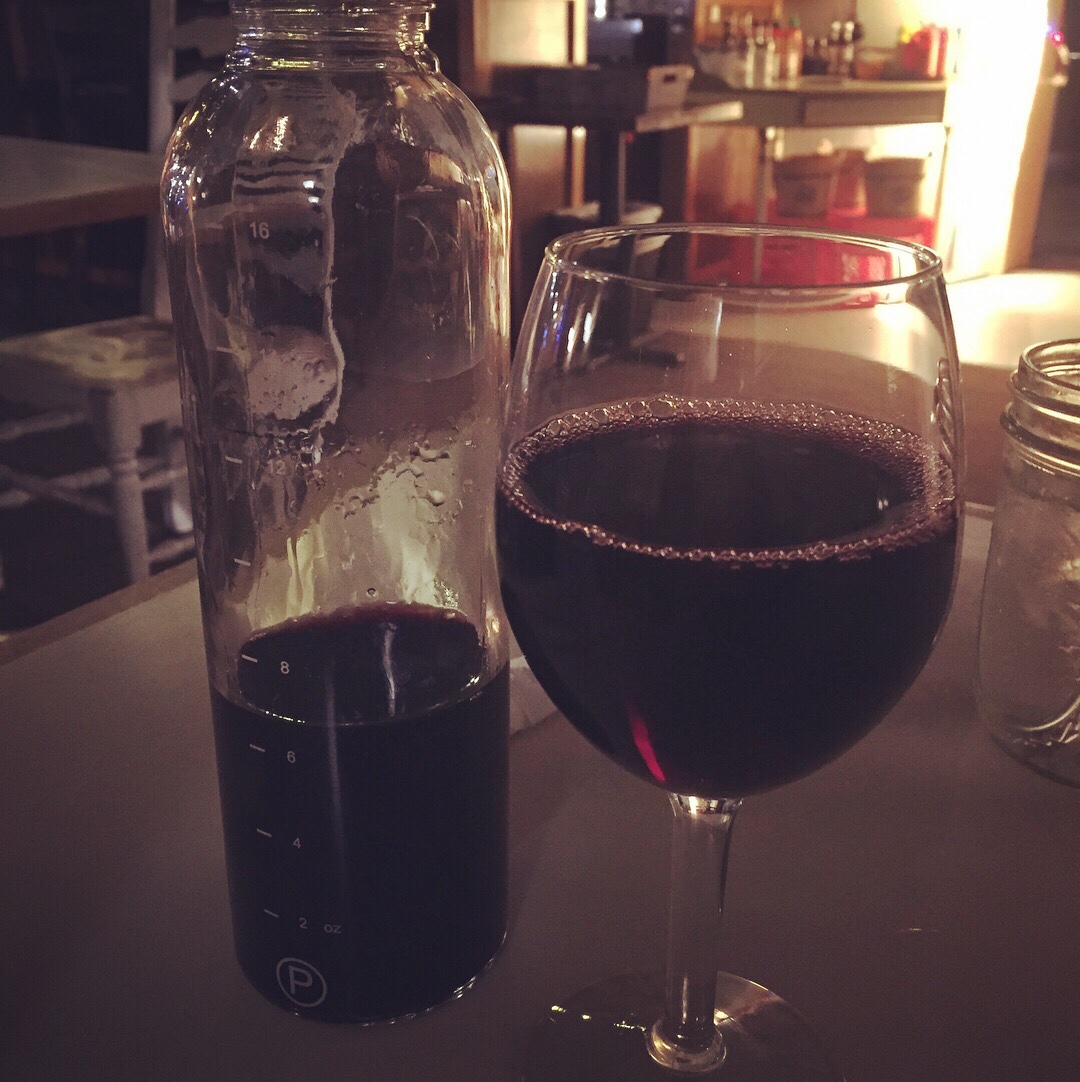 After dinner we settled in at the Mill Casino and RV Park. There were a handful of RVs parked and a police car patrolling the enclosed lot.

We prepared the coach for night-night time but first, casino! Terence was kind enough to hand over all his cash for me to gamble with. Hung out for about an hour and left a winner! $120 richer!

I’m getting used to sleeping in the van, the bed is really comfy and I hope the kids will love it just as much.

[Christmas Eve] Almost there! Bremerton ETA: 8-9pm? There’s snow in the forecast for Portland and Bremerton.

The only was to get to my in-laws home are 2 big hills. We’re not sure if the Serenity will make it up with snow/ice on the ground so we will play things by ear. Worse case we park at the bottom of the hill and get picked up.

Keeping my fingers crossed and asking the universe and weather gods to be on our side tonight and be snow/ice free.