Almost been a week at our house/dogs sitting gig. Tara is Auntie Christy’s to be closer to school. Thanks Malia for driving her to school and back from practice. We miss her. But we will get to see tomorrow at her game. Teren has been sleeping inside to be with the dogs and his xbox. We’ve been in the driveway. It got so much better after we put blocks on to get Vanessa leveled.

So there have been talks of down sizing, yet again. Honestly this van was a gateway. I wanted the best I could get so that the fam would transition smoothly. And we have….we survived winter, spring, summer (kind of, we were in a lake house :), now fall and we figured a bunch stuff.

We had been interested at Van Do It after seeing one at Giant Bicycle festival. We talked with the rep, Dennis. Visited the van picked out the parts. We were actually going to thru another round of parts picking and they writing a deposit. Except….

I saw a post on IG that Van-Craft had two vans coming up for sale. They sent me the builds. I forwarded it to Almie. Well as luck would have it Almie would be in San Diego and their office is Oceanside. I said go check it out. She did a shop tour today and really liked what she saw. After her and I talked on the phone while she was in the parking lot and me at work, it was decided a down payment would be placed. I reached out to these guys in February 2018, inquiring on what they had, but instead we went with Zach at that time.

2 months or so….we will be moving again!! 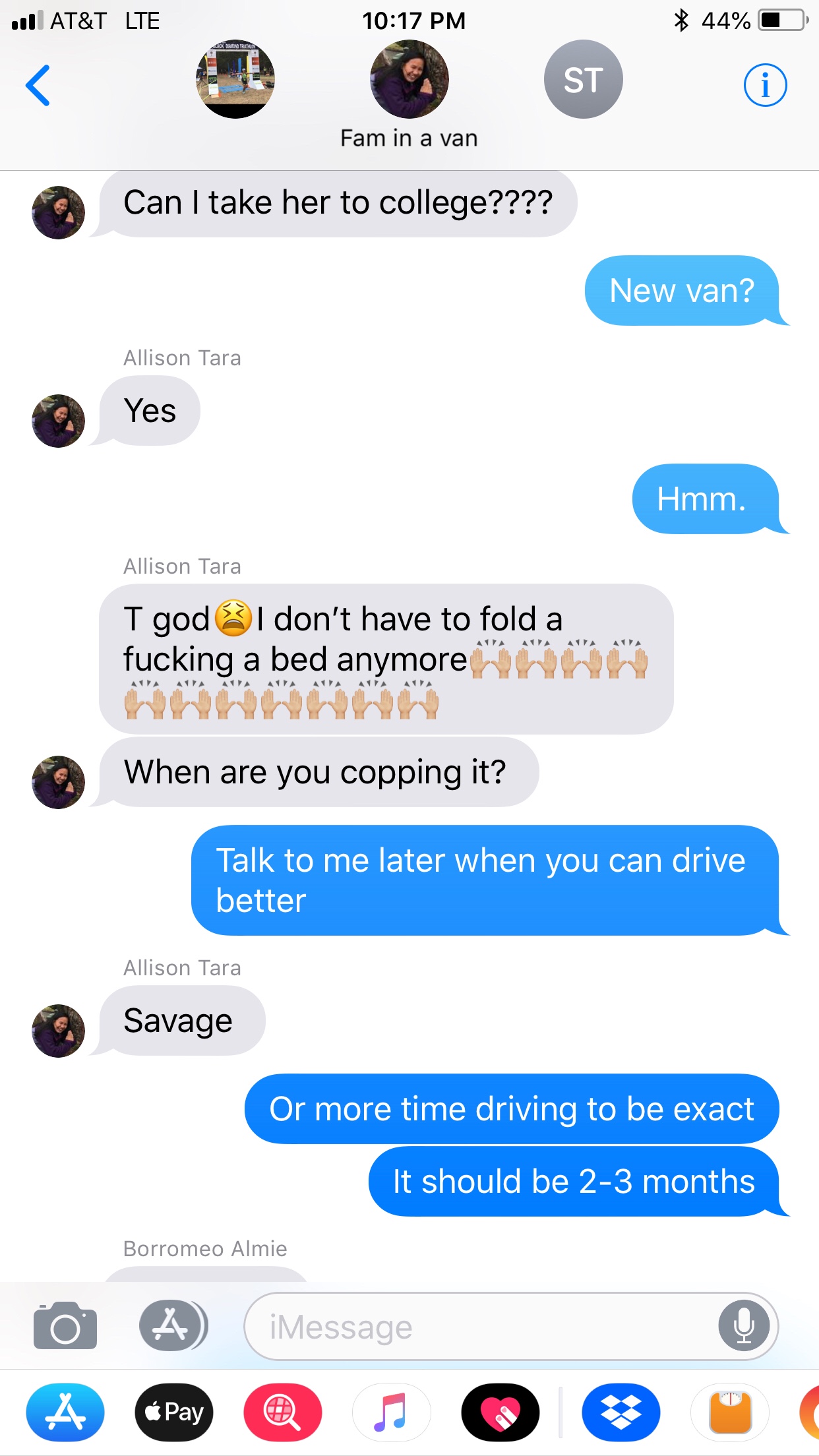 I am savage…you fold a bed?? Don’t know what your talking about Your dad is doing it 85% of the time, what a savage.

One of the many selling points of VanDoIt. The bed