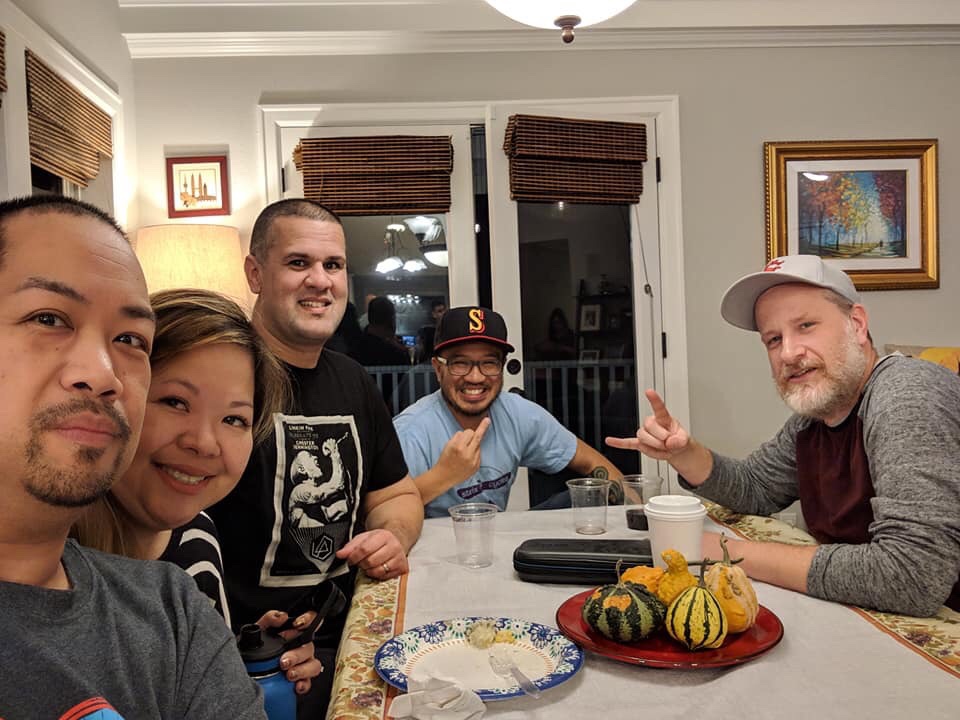 In a week I’ll be heading to the Philippines for 10 days of doing what ever. It’s going to be hot and I will like that.

Been busy here on the home front. Tara and her high school team just beat what probably was the best team in the state in 3a soccer. They got a chance to win the state tournament with 2 more games left. Teren started basketball and just finished off flag football. He really likes playing defense. He said it would really be cool if I could tackle..haha. Almie’s new job is in full swing. She travelled, drove to BC, for some meetings which left me 2 days with the kids. I’ve been volunteering at Teren’s school a bunch. It’s kind of fun, but busy.

Last week we parked at Fels for a few days. That was cool to get off our routine a bit. Since our new van is coming I talked to a dealership about selling Vanessa, damn they want to highway robbery me. I’m mostly likely going to sell it on my own. The new van, will be ready for pick up in about a month. Working on getting it insured, these big companies won’t do it. Quote was $1200-1300 a year. Just about what I pay for the RV.

As more and more this life becomes the norm. I’m less and less about pushing it. I don’t even feel like sharing these blog posts out to social media. It’s kind of like when I first started riding bikes I thought everybody should be on a bike. Now I’m like, fine don’t ride bikes, don’t experience the joy of the wind on your face or the bombing of a hill. I’ll keep all that goodness to myself. With the van, I’m like I live in a van and shit is amazing. I would love for you know how awesome it is, but I’m keeping it to myself unless you ask. I still get asks…when I do my excito meter goes off. One of the things I’ve read (from mali.mish) about this life that resonates is that….the simple life doesn’t necessary mean the easy life.

In one of my earlier posts I talked about how some people support it and some of our friends are confused by it. After Almie and I were at a Friendsgiving party this weekend she said the term “hole poker” which is a someone that pokes holes in what ever you are telling them. Makes kind of sense. When I’m telling you what my plans are you should be cool with it and be supportive and not try to poke holes in it. Also at this party talked to a guy that almost died. I asked him what he was doing different since he has a new lease on life, a second chance per se. He told me something he was starting to do, I was like do that shit, enjoy it, life is short. Not a hole was poked by me. 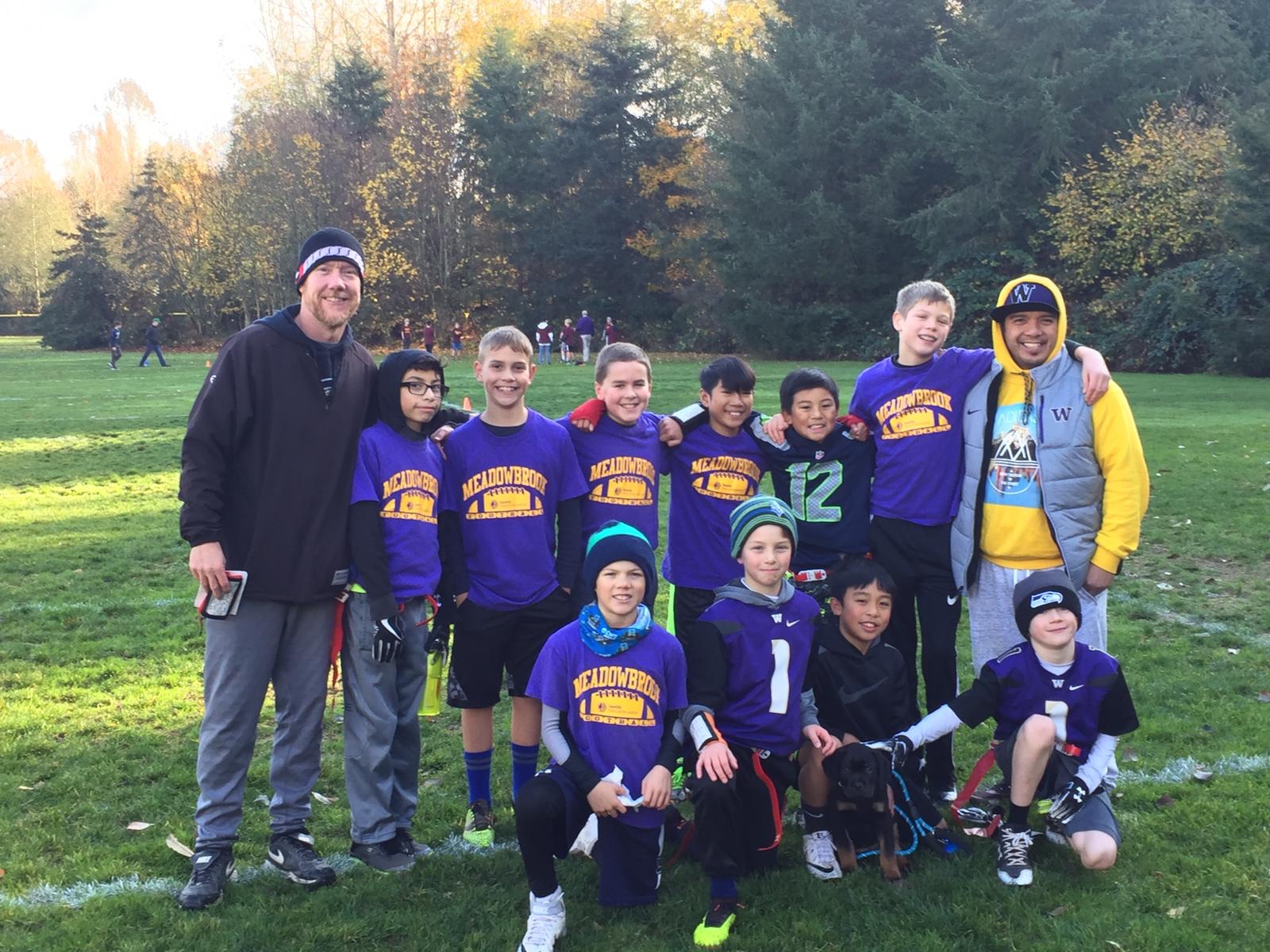 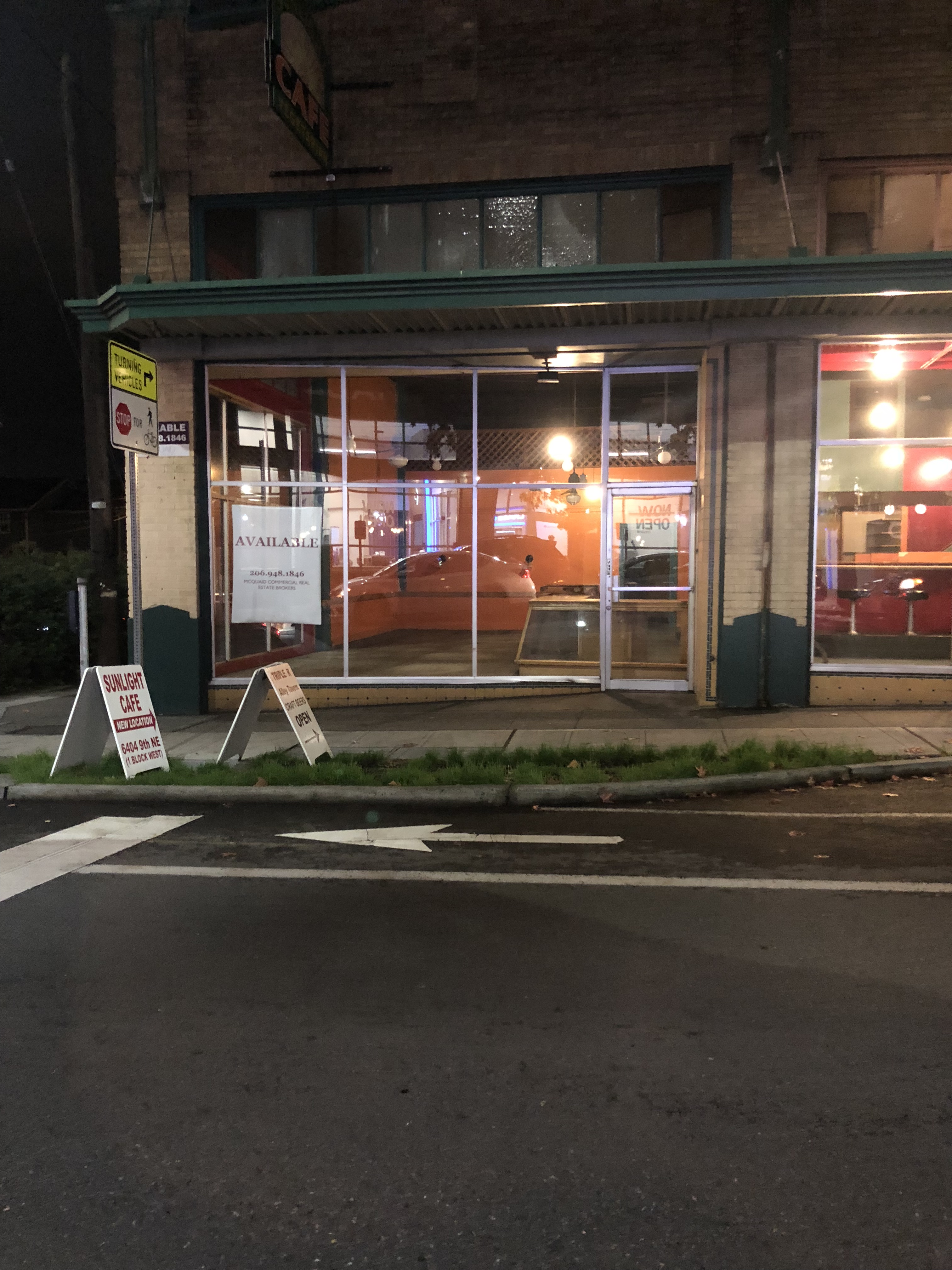 Sunlight cafe moved. I need to go check out their new place. 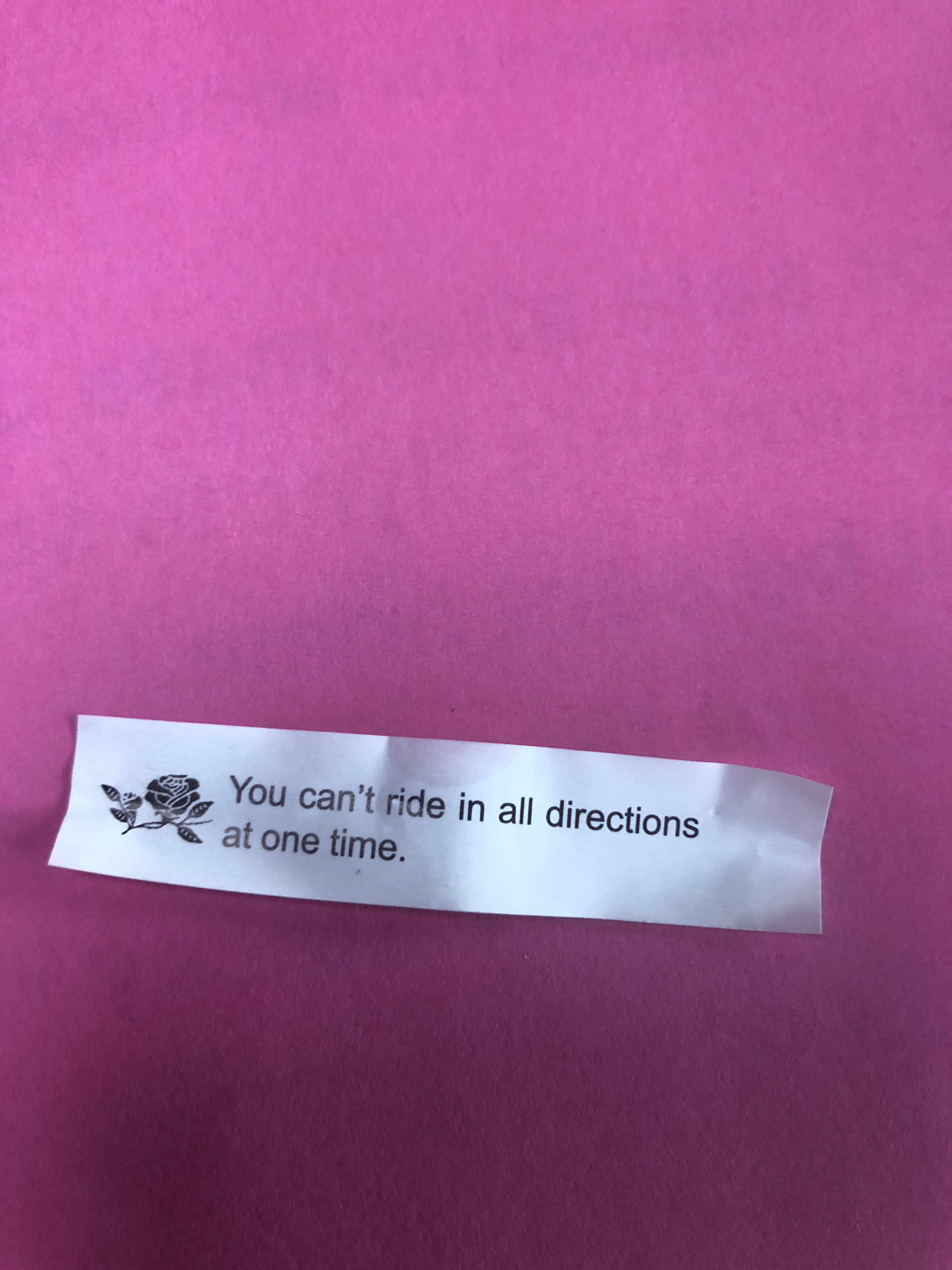 I really only want to ride my bike. Lunch with mama Lu 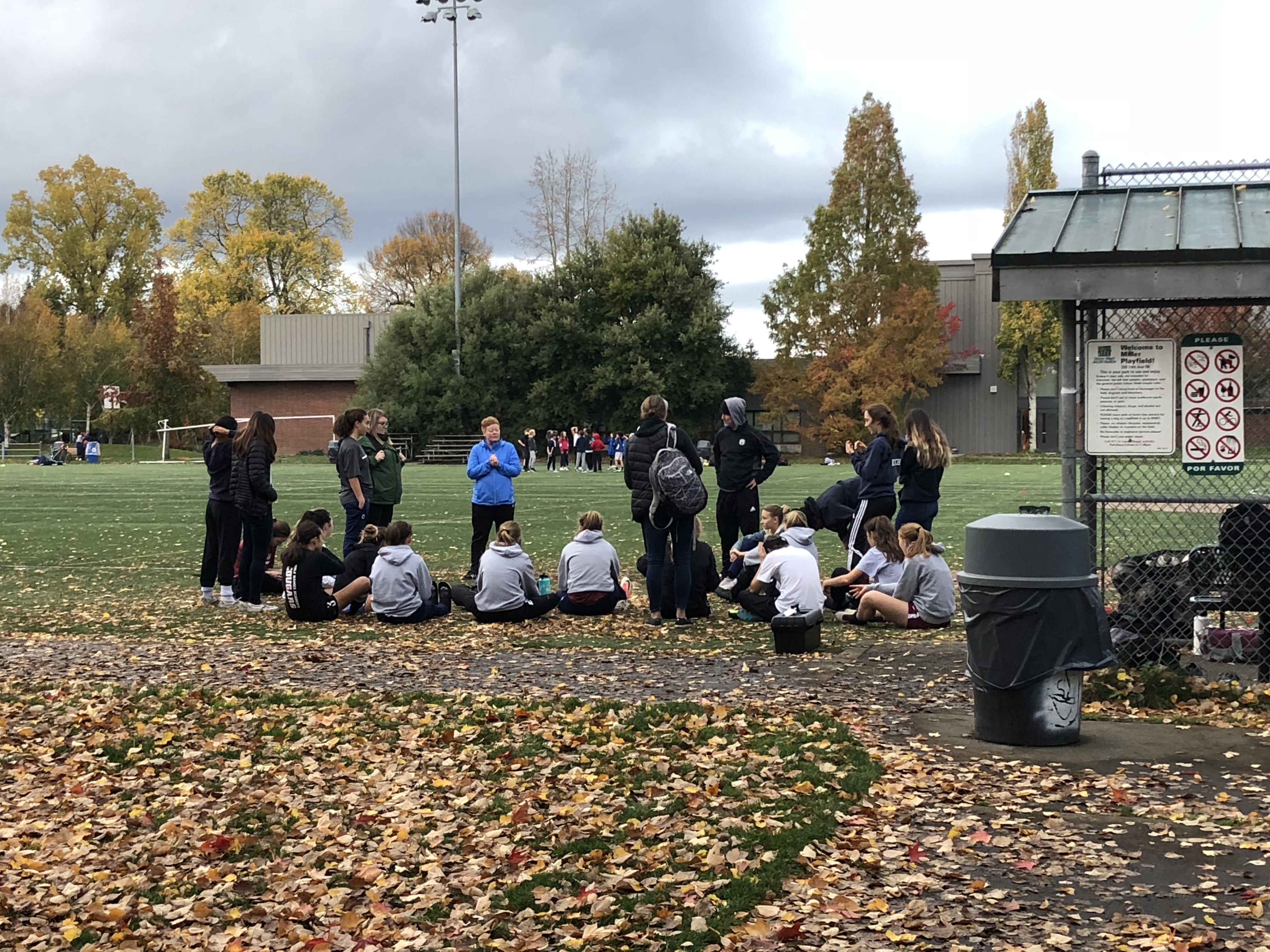 HNA ladies getting a talk from the only coach (in blue) that has won state. 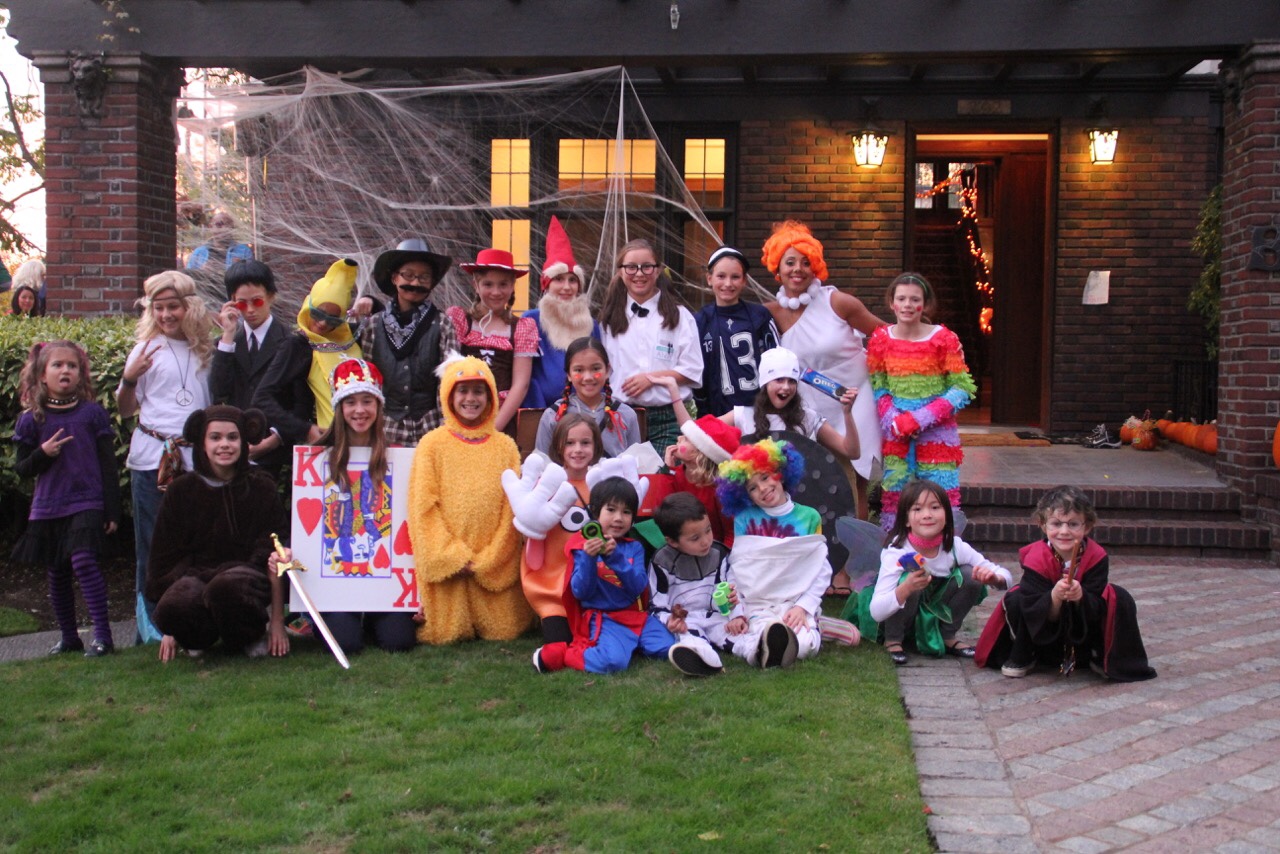 Patty found this gem. I’m in the back behind the webs, I dressed up as Messi.