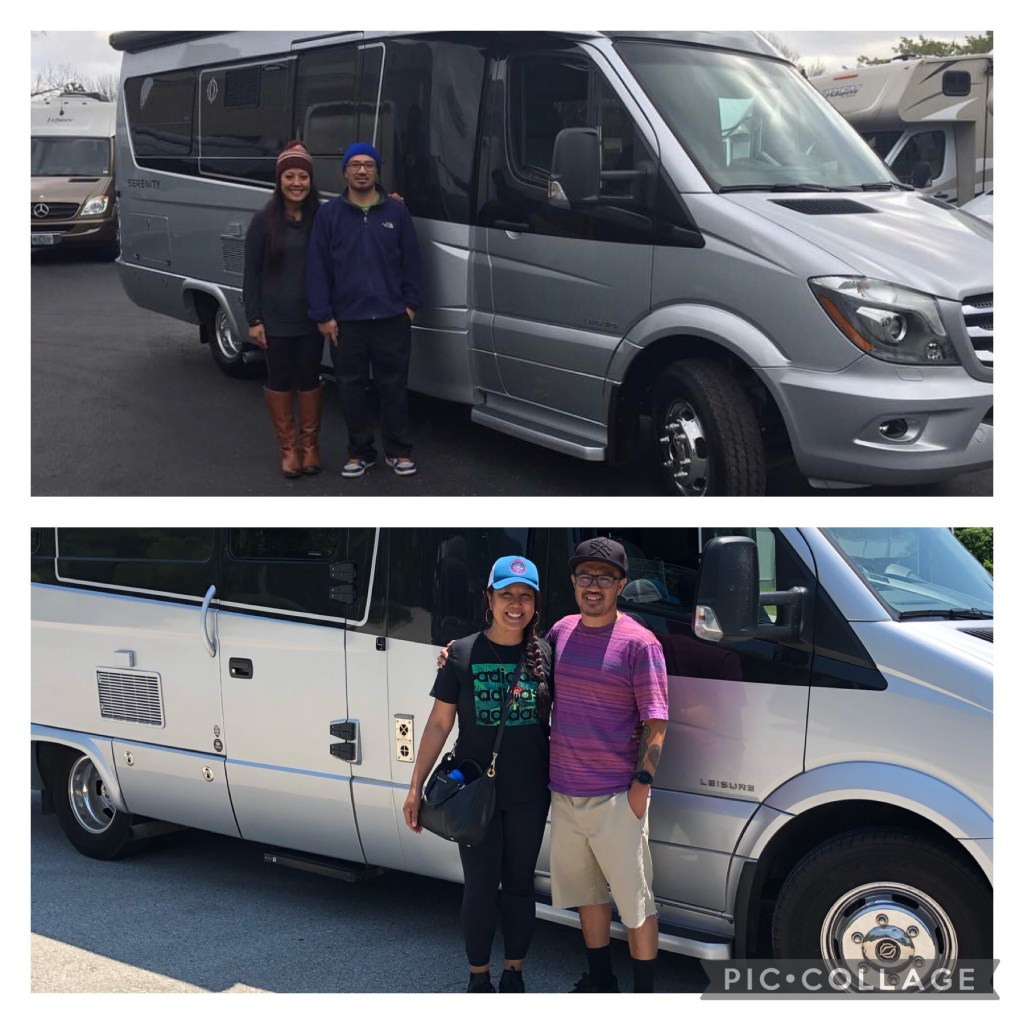 It’s been in the works since about early May. Either sell or trade her in. I already put a down payment on another VanDoIt. Things have changed since I got my VanDoIt November 2019. You can no longer get an off lease van, only new, and the wait time is about a year. I like their product and working with them. So we will end up getting our 5th van from them. Today was trade in day. Goodbye van #1, Vanessa.

Tons of memories but these come to my mind. The memories of Almie and I driving her from St. Louis Missouri after pick up to San Diego. Stopping at a Walmart to listen to offers on our town house. Driving back to the to the kids in time for Christmas. Learning how to use the van. It took us about a week to get running water. Learning how to get the right temps and humidity inside the van. Stopping by friends houses to fill up on water. Sleeping at friends driveway/streets. Navy showers. Taking the van to baseball games. Soccer games. The time we went to the Bay Area to check out USF. House sitting for Melody, Tiffany, and Kogan-Chan’s. Deciding to move to the Philippines. Deciding to sell the van, but it didn’t sell. Then to rent out the van, which was delayed because the place that was supposed to sell it didn’t winterize it causing some plumbing issues. To just a few weeks ago picking up the van from SF and parking in it SD while we did some summer fun. Then to today’s end of the road trip where Almie, Hayla, and Teren drove from SD-PHX-ALBQ to pick me at Albuquerque and the we headed to Wichita. Then the final “long drive” from Wichita to Kansas City Missouri.

Though it was only a year in the van. The family always talks about how they miss it. Safe to say both kids have expressed their desire to have their own van adventure. It definitely opened up a lot doors, closed some, allowed us to explore the thoughts of what “home“ really is, and a big one for me was a way to get into a minimalism mindset. It’s a constant struggle. The other day while I was driving from camping I had to double take, relisten multiple times and read the lyrics of the song “don’t dream it’s over” by crowded house. But I was listening to 6pence none the richer version.